Shutting Down SoundCloud on Sonos

Projects rarely end cleanly. It’s tough to shut the door on something you’ve put yourself into, so more often than not, you set it aside, tell yourself you’ll pick it up again someday, and it ends up ignored and eventually forgotten. The slow death of software, I’m as guilty of it as anyone else, but in the case of SoundCloud on Sonos, I’m happy to say I won’t be. SoundCloud released an official service for Sonos today, so I’m shutting mine down. I started the project almost two years ago to solve a need that a lot of people had, and now that an official service is available, there’s not a lot of sense in keeping mine around. (If you need help setting up the official version, check the setup instructions. You can find uninstall instructions for my service here.)

Overall, I’d say the project was successful. The service had roughly 10,000 unique households registered, playing around 22,000 tracks each day, and making 2 million requests to the server a week, all off word-of-mouth and one free Heroku instance. That’s a lot of houses filled with great music! 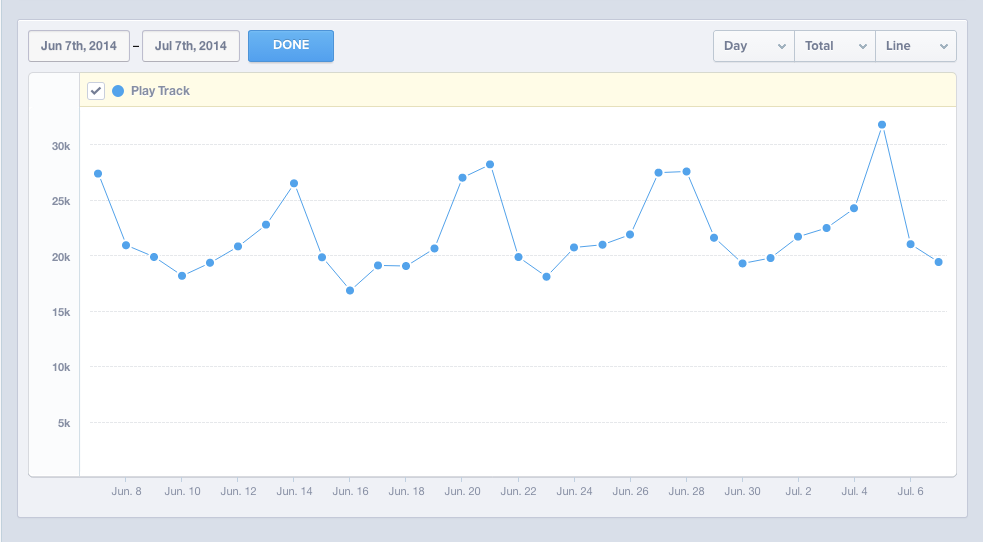 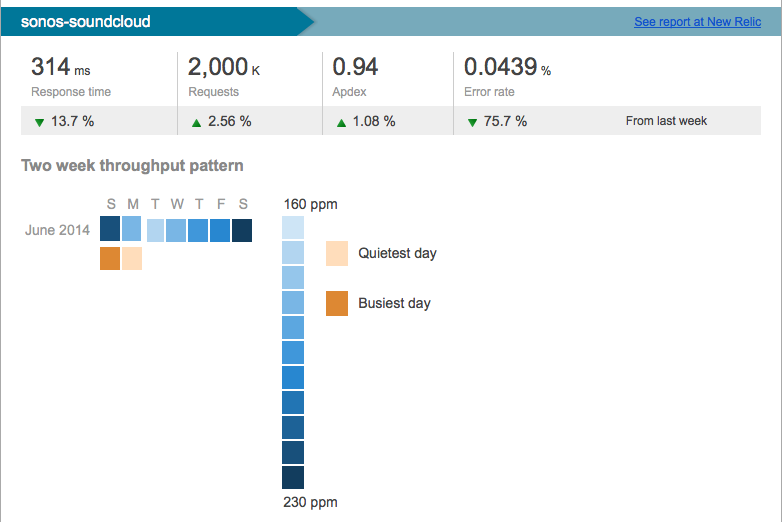 Metrics are one thing, but what really made me proud was all the kind e-mails and tweets. During the lower points, it felt good knowing that someone out there was a little happier because of something I made. If you’re using software you like, take a moment to write the creator(s) an e-mail, it’ll help more than you think. 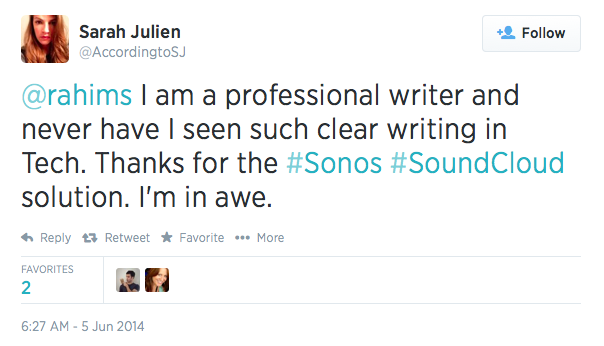 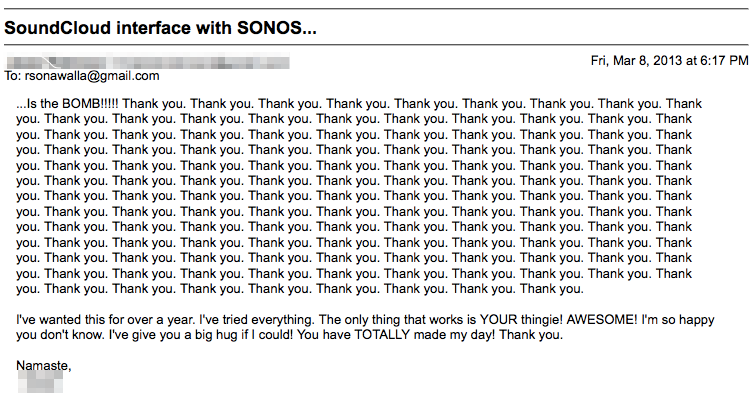 Other Integrations and Source Code

Outside of support questions, the two most frequently asked questions I got from people were “could you do something similar for Mixcloud and 8tracks” and “can I have the source code?” With the service shutting down today, I imagine that’ll be on people’s minds now more than ever. Unfortunately, the answer to both of those questions is no, because I currently work at Beats Music, and doing either would probably be seen as helping out a competitor. (I started SoundCloud on Sonos before I joined Beats Music.) However, if you’re a developer, you might be interested in SoCo, an opensource library to control Sonos speakers I put out a while back. (For similar reasons, it’s now managed by a group of very active and very friendly developers.)

For non-compete reasons, I’ve got no immediate plans to do any new Sonos apps, nor any SoundCloud integrations, but my love for connected devices (what initially drew me to Sonos) is still strong and I’ll be exploring that with other devices as they catch my eye. You can always reach me at rahim@sonawalla.org or @rahims.